By Andrew on November 6, 2017 in By Key Stage, By Subject, KS3, KS3 Schools OUT Lessons, Lessons and Resources, PSHE, Schools OUT PSHE Lessons

This lesson is based on a film made by Toni Nordli with his real-life brother.

Erlend is bullied by his homophobic peers for having a gay brother. His teacher is not aware of the situation and Erlend doesn’t seek his help. After a game of ‘Shark bait’ (Tag), he is subjected to a humiliating attack.
Erlend’s brother has suffered from prejudice and he physically fought back. He thinks Erlend needs to resolve the situation by using violence and taking revenge. One day he catches one of the bullies in the act and holds him up, encouraging Erlend to hit him.
In the end, Erlend rejects his brother’s solution and shows the importance of standing up for your own values. He hugs his brother as an affirmation.

The bullying is graphic and s 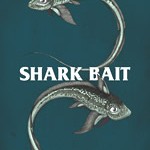 ome images in the film are potentially upsetting. Again, the discretion of the teacher is required and previewing is essential. In particular, it might be an opportunity to warn of the health implications of spitting.