By Andrew on October 21, 2017 in By Key Stage, By Subject, KS4, KS4 Schools OUT Lessons, Lessons and Resources, PSHE, Schools OUT PSHE Lessons

This lesson follows on from Young Gifted and Gay at KS2 and is the first of two one-hour lessons. The second lesson will include a film about a black by in a Paris suburb who is outed and forced to confront a secret about himself. It prepares pupils by asking them to think about a time when they have hidden something about themselves because of fear of the reactions of others. 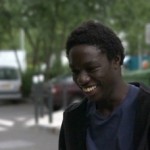