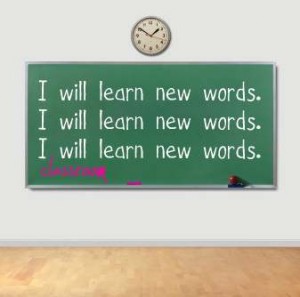 Androgyne Someone whose gender is neither female nor male, or both female and male.

Binary gender A view that perceives there to be two distinct genders – male and female – and includes expectations that people will express as either one or the other.

Bi-gender Someone whose gender identity is both masculine and feminine.

Cisgender; cissexual A modern synonym for non-trans people. It comes from the Latin ‘cis’ which means ‘on the same side’ and is used to describe someone who is comfortable in the gender they were assigned with at birth.

Clocking Perceiving someone as not being the gender they present in. See Passing.

Coming out The process of accepting, and telling others about, one’s theretofore hidden gender identity, gender affirmation, or sexual orientation.

Cross dresser Someone who wears clothes that are traditionally or stereotypically worn by the other sex, but who usually does not intend to live full time in another gender to the one they were assigned with at birth. N.B. It is incorrect to refer to someone in the early stages of the gender transition process as a cross dresser (see Real Life Experience or RLE). Although cross dresser and transvestite have the same meaning, transvestite is currently considered a pejorative term.

Gender or Gender role Refers to the traditional or stereotypical behavioural differences between men and women, as defined by the culture in which they live, in terms of, among others things, their gender expressions, the careers they pursue, and their duties within a family.

Gender affirmation, Affirmed female, Affirmed male
A preferred term to gender reassignment or transition, as it focuses on the person affirming identity rather than changing it.

Gender dysphoria A medical term for the persistent discomfort and/or inability to live as a member of the gender a person was assigned with at birth. Many prefer gender variance as it is more social and less medical. The Diagnostic and Statistical Manual of Mental Disorders (DSM-V-TR) 2013 recognises gender dysphoria for the first time as a specific condition with “multiple characteristics”

Gender expression The external manifestation of a person’s gender identity.

Gender identity Whether a person feels like a man, woman, combination of these or neither.

Gender reassignment surgery Surgery to reconstruct secondary sex characteristics. The aim of these procedures is to make a person’s gender identity and physical body congruent with each other, thereby reducing gender dysphoria. Surgeries differ between FTM and MTF individuals and involve a number of procedures. Not all trans people undergo surgery for a variety of social, medical and personal reasons. Gender affirmation surgery is preferred by many.

Gender stereotype Powerful socially sanctioned ideas about what men and women should look like, who they are and how they should behave.

Gender variance A synonym for gender dysphoria, preferred because it is less medical and more social.

Intersex A spectrum of conditions involving anomalies of the sex chromosomes, gonads, reproductive ducts, and/or genitalia. The most traditional definition of intersex refers to individuals born with both male and female genitalia, or genitalia that are not clearly male or female. A person may have elements of both male and female anatomy, have different internal organs than external organs, or have anatomy that is inconsistent with chromosomal sex. This condition is sometimes not identified until puberty, when the person either fails to develop certain expected secondary sex characteristics, or develops characteristics that were not expected.
According to the Diagnostic and Statitical Manual of Mental Disorders (DSM-IV-TR), Gender Identity Disorder is not an appropriate diagnosis when a strong and persistent cross-gender identification is concurrent with a physical intersex condition. However, people born with certain intersex conditions may be more likely than the general population to feel their gender assignment at birth was incorrect.
The term “Disorders of Sex Development” (DSD) is currently recommended where the medical care of infants is considered. Some people suggest that a better term is “Variation in Sex Development” or “Variability in Sex Development” (VSD), thus eliminating the negative connotation of the word “disorder”.
Whilst gender variance may sometimes be a consequence of intersexuality, the former is a psychological term and the latter a physical term and they are therefore quite distinct and should not be confused
“Hermaphrodite” is an old term previously used instead of “intersex” and is now considered pejorative.

Outing The unauthorized disclosure by one person of another person’s theretofore hidden gender identity, gender affirmation, or sexual orientation. See Coming out, Stealth. Revealing a person’s trans status in the workplace is illegal in the UK.

Passing The act of being recognised in one’s presented gender. This is a controversial term as it implies artifice. Like ‘clocking,’ the term can be negative.

People with a transsexual history when a transsexual person who wants to live fully and permanently in the gender opposite to the gender they were assigned with at birth completes their transition they may not see themselves as being on the trans spectrum. They may see their transsexual history as a medical issue which has now been resolved and so is no longer relevant to their lives. As such, it is disrespectful to insist on calling them trans, transgender or transsexual. They should be treated as the men or women they know themselves to be.

Real life experience (RLE) Guideline, from the Standards of Care for Gender Identity Disorders (see www.WPATH.org), that requires clients to live outwardly in the gender that matches their gender identity for a specified period of time (typically one year) prior to being eligible for genital surgery. Many think RLE is scientifically flawed and unfair. See Clocking and Passing
Some still refer to the “real life test” (RLT), which is considered a misleading and offensive term and should be avoided.

Stealth The act of passing in your ‘target gender’ without disclosing one’s transsexual history, usually because it is irrelevant, e.g. ‘living in stealth mode’.

Trans An umbrella term to describe people whose gender identity is different from the sex they were assumed to be at birth.

Transgender Distinguished from transsexual: a person who experiences gender dysphoria but does not undergo medical intervention. It is also used by some as a ‘longhand’ for ‘trans’.

Transition The process of becoming the gendered person you know yourself to be. Some find the term offensive and prefer ‘affirmation’.

Transsexual Someone whose gender identity differs from their sex as assigned at birth. This is a problematic term. Medically and legally, a transsexual is undergoing, is about to undergo and has undergone gender affirmation surgery. Literally is should mean someone who is changing their sexual orientation rather than affirming their gender. The term has a lot of history and is also ambiguous: it should be avoided.

Transvestite Another term for cross dresser; now perceived to be pejorative.

Two Spirit, Two-spirited People who display characteristics of both male and female genders. Sometimes referred to as a third gender – the male-female gender. The term is derived from the traditions of some Native North American cultures. Two Spirit also means a mixture of masculine and feminine spirits living in the same body.
This term also represents the self-identity description used by many Native American gay men who do not identify as cross-gendered or transgender.