What we do flows from who we are. ~Paul Vitale

People have multiple, complex and diverse identities. Identities shape the world and make history. We want to teach our learners about the variety of the human race, and stress that humans may adopt several different identities at any one point in their lives. It is the combination of characteristics that make an individual behave and react in unique ways. Characteristics can be genetic, physical and social. Here are some examples:

Characteristics are not inherently better or worse than the other. It is only society that gives them value. These judgments can empower or disenfranchise individuals according to where and when they live, and whether or not the characteristic were favoured or despised in that place at that time. The Equality Act 2010 lists 9 characteristics which are protected from discrimination under the law. For now we will look at the characteristic of sexual orientation. 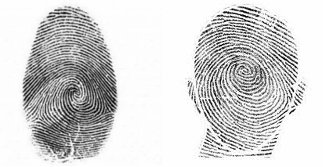 Your fingerprints are fixed for life, but your psychological identities
are the output of more than just genetics, and may never stay the same.

Diversity in sexual orientation is a human characteristic that appears and crosses all groups and cultures. Not all people who experience same-sex attraction have the same identity. Identities are shaped and formed by the interaction of the values of particular societies or groups the individual belongs to, the events that take place in their live and the combination of other characteristics.

These identities then form the moral and ethical structure that directs the making of decisions in an individual’s life. They also leave their imprint in art, culture and politics and thus and shape the future.

Frida Khalo’s is one of the artists featured in our lesson plans. Her incredible artwork can be appreciated without knowing who she was. However when we learn that she was bisexual, and know how her society of the time regarding bisexuals, we are afforded a richer perspective in the appreciation of her at. We are closer to the artists intent.

But this alone is insufficient in a true reading of her work. if we only take her sexual orientation into account, we lose the nuance of understanding we gain if we consider the effect of her disability, ethnicity and gender had on the process of her artistic expression . It is these intersections, (where characteristics combine) that make it vital to place sexual orientation in the context of a greater diversity of characteristics. It is not enough to educate about sexual orientation alone. In the case of Frida Kahlo we must examine race and disability with our learners. 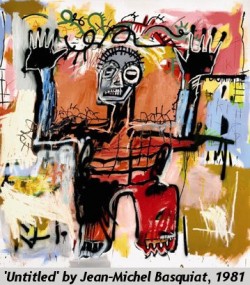 In another example, how could we understand the intent of the artistic genius of grafitti artist Jean Micheal- Basquit without researching the way his Haitian  heritage converged upon his bisexuality in the late 70’s New York Pop Art scene?

In more of our Schools OUT lessons we talk about Alan Turing, as the father of the modern computer age. We also need to  understand the bigger picture of how his sexual orientation was incongruous with the the cultural views of the time. By ignoring his homosexuality we fail to recognise how and why the leaders of the country that he saved, participated in his personal and public downfall. Only then do we see the greater sacrifice in his work and the irony of his sacrifice.

“Turing’s homosexuality resulted in a criminal prosecution in 1952, when homosexual acts were still illegal in the United Kingdom. He accepted treatment with female hormones (chemical castration) as an alternative to prison. He died in 1954, several weeks before his 42nd birthday, from cyanide poisoning.” Wikipedia

The Classroom will give us the opportunity to reveal and explore the vast wealth and diversity of LGBT experience; nationally and internationally. As we work in schools, we are only too aware of the ignorance that exists about LGBT people. Whilst LGBT people are found in educational curricula: William Shakespeare; Florence Nightingale; Isaac Newton; Virginia Woolf; Bayard Rusting; Jackie Kay; Shaka, leader of the Zulu Nation; Jan Morris; and Mark Rees – to name but a few– sexual orientation/gender identity is too often missing from the bigger picture. When this happens, we interpret things less accurately, the diversity of sexual orientation is ignored and people are rendered invisible. Because of this, stereotypes abound that feed the homophobia/transphobia that is frequently expressed and distorts lives. But if sexual orientation is not seen in the context of other characteristics, the distortion, whilst different, remains. 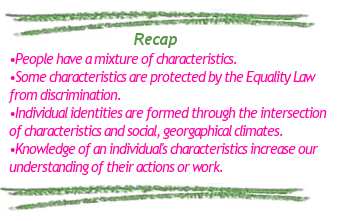 NEXT: What the Rainbow Represents>>>>