Can any teacher, in any subject ‘usualise’?

Yes,  providing the lesson objective has nothing to do with the acquisition of knowledge regarding LGBT experience. To reiterate, on this website we usualise LGBT but anything that is traditionally has visibility problems in society can be usualised.

We do not signpost his boyfriend. The casual reference (without comment from the teacher) implies different things depending on the age/experience of the learner. The learner in EYFS or KS1, younger and therefore less influenced by societies prejudice, might accept nothing wrong with Daniel having a boyfriend. The teacher has given the concept approval, and has modeled a ‘reaction’ to the young learner which intimates, This is fine. Keep calm and carry on. 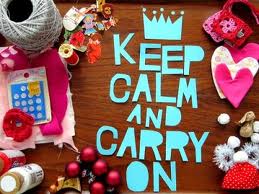 This ‘reaction’ or non-reaction is called the ‘non-response’

In KS2 and onwards, the use of his boyfriend is noticed by the pupils. By the age of 6, children are able to identify what is foreign or unfamiliar to their world. Whether it simply be the lack of LGBT experience in their life; explicit homophobic language or teaching from their family or indirectly picking up attitudes form school or TV, many children will realise that LGBT and same-sex love is not the majority. The Ks2 pupil then notices the casual use of two boyfriends in the Maths equation, but it seems like such a random, insignificant way of bringing this subject up that the child is immediately caught off guard and something stops them from commenting. There only need to be less than ten seconds and if all is silent the vast majority of children except the inclusion without question. If a child does say something they find no support from the others. the teacher (a regular role model/authority figure) validates Daniel having a boyfriend without even having to explain it. Magic! For it  is not the problem that needs to be solved (rather the Maths equation of 13 apples + 12 apples is).

Teachers can therefore cover diversity, without specific training or knowledge of diversity issues as they pertain to the LGBT community. They may still however need to be prepared to answer questions should they arise. In lessons the fact that someone is gay or lesbian need not be open for discussion unless students have questions.

Ask yourself also if the use of the name Sandip felt unusual or out of place in that example. Most people would say ‘no’, although only 15 years ago, the use of non-white Christian names in school material was rare. 15 years of ‘usualising’ the existence of non-white Christian people has now made the use of an Indian name in a school text book unremarkable. Indian people are, after all like LGBT people , part of life.

Do you have a question? Email co-chairs@schools-out.org.uk

← At what age should ‘usualising’ start?
What subjects best suit ‘actualising’? →